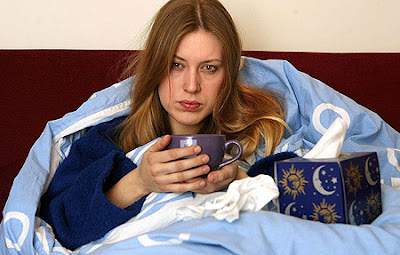 Photo Credit
Hope you all had a wonderful Thanksgiving holiday with family and friends!

We had a lovely time visiting with my sister and her husband who drove down from Illinois. How my southern born and raised little sister ended up with a fella from way up there is still beyond me (not that there's a thing wrong with that), but he is nice enough and they've been together some 13 years or longer now so I guess it's all worked out.

Started the day off with brunch at my mother in law's house after which The Cajun and I drove up about 45 minutes north to "the country" where my cousin and his wife, now host holiday meals at their house since his mama passed away. My sister and her husband were joining us up there since she hadn't seen Mama's side of the family for a few years. We left a little earlier than them after dinner to run back to the house, catch the first half of the Saints game and tend to our critters before meeting back up with them at my son and daughter in law's house. They'd had a big shindig of their own, hosting somewhere in the neighborhood of 25 or so, but by that time, truth be known The Cajun and I were pretty much all ate out if ya know what I mean. In fact, seemed my food from the day was just refusing to settle. Now I know why.

Couple days before Thanksgiving, I hosted supper at my son's house for them and my sister so that we could all just hang out and talk - nothing fancy, just a baked spaghetti, tossed salad with homemade thousand island dressing and garlic bread. The grandkids were full of energy as always, but their mama mentioned that Brian, the older of the two, had been a little sick to his stomach and thrown up a few times. We all pretty much wrote it off as maybe something that he ate since he didn't seem otherwise ill and was pretty much bouncing off the walls with energy.

That is, until he suddenly had a stomach cramp that led to some unpleasantness running down his little legs. Poor baby. My daughter in law quickly snatched him up into her arms, and hauled him, and by that time, her, to the tub, apologizing in advance in case any of us turned up with a "stomach thing." Well, turns out one of us did. Me.

Early in the morning the day after Thanksgiving in fact.  A stomach virus. I won't go beyond that - y'all know what all that entails and let's just say, it ain't pretty.  I didn't help matters when practically starving to death here, I thought I might could eat some "regular" food finally on Saturday night, which only led me to, well a setback let's say, ALL NIGHT last night.

So I am spending the next few days on the BRAT diet.  Bananas. Rice. Applesauce. Toast. And in my case 7-up.  Talk about making up for all those high calorie foods I consumed on Thanksgiving, but not a diet I would recommend. Fortunately I happen to like all of those things, and hey, at least its sustenance, right? Go without any food or water a few days and I tell ya, you'll be happy to see some applesauce on the menu.

And, now that I've been able to hold something down, at least I can stand up for a little longer than 2.2 seconds.