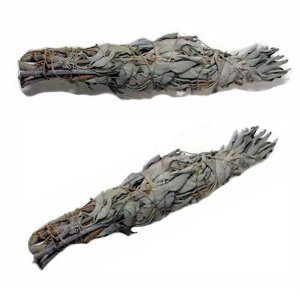 The past week or so has been wonderful.  Amazing even. The sun has been shining. The temperatures mild and spring-like.  I felt great. Energized. Even happy.

I hadn't been pummeled with cigarette smoke the second I walked out my back door.  Yes, all of my Other Annoying Neighbor's smoke. (I know, nothing like a "reformed smoker" huh?)  Two of them on one side smoke out in their garage with the door wide open and the front of which is adjacent to the back door of my house, so that the smoke drifts right to my back door. When they are both home, it's a chain smoking fiesta over there! There's a fog of smoke that hangs in the air over on that side of my house - as soon as one goes in, the other one must go out. I mean it's ridiculous.

As if that weren't bad enough, apparently somebody is a pretty heavy pot user too. And these are not 20-something folks living over there, they are more like 40-something, and well... I'm not passing judgment on anybody for smoking pot, to each his own. But, I don't exactly want to smell it all the time. Besides, last I checked it was still illegal in the State of Mississippi and we don't have medical marijuana in this state either. I'm just saying if you're gonna smoke that much pot to be so damn obvious, well, you probably ought to do it in the privacy of your own home. Just sayin'...

Well, y'all know how I love my herbs - well, the non-chemical laden kind - so some of you will completely understand what I am about to say. Some of you will freak out and I can feel you clicking on unsubscribe even as I type this. But, it is what it is, so here goes.

I got so annoyed with this one day last week, while I was outside raking and doing some work in the yard, and The One Who Smokes a Lot of Pot was home and polluting my environment with pot and cigarette smoke, when I suddenly remembered that I had a couple of old sage smudge sticks

from years ago when I used them to bless my house after the divorce. I went in, found them, took one outside with me, lit it, and let it burn while I was outside working. As God, and Mother Nature, and The Universe tend to work, the wind shifted and started blowing the smoke from the sage right toward and into the front of their open garage. In case you don't know, sage is a cleansing, purifying herb - one that Native Americans believed tended to clear away negative energy. Besides that, it sort of acts as a pest repellent too - pun intended.

Do I have to tell you that it wasn't long that the garage door went down, and has stayed pretty much closed since, and The One Who Smokes a Lot of Pot left and really hasn't been around much the past few days. I haven't been assaulted by pot or cigarette smoke either - well, for a few days anyway.

Maybe the sage coupled with all of these protests on the television lately are so reminiscent of the 60s that I'm feeling retro, because after that, I decided to order some incense

from Amazon to burn in the house - something I haven't done in years!  Frankly I'd forgotten how much I like the way it smells, and these days they have some that smell just beautifully fragrant. Then, I had a sudden desire to order some Jovan musk oil

when I saw it too!  Used to wear that back in the 70s.  Watch out y'all, I'm liable to start wearing headbands and saying things like cool, and man, and far out, and even groovy soon y'all! ;) (There will, however, be no pot smoking.)

Anyway, with the beautiful weather, and the smoke stack gone from one side, I noticed it had been a little quiet on the other side of the fence too. You see, the Hatefuls had apparently gone away somewhere over the weekend and for days there was nobody over there.  It was nice.  And quiet. And there was a feeling of peace. No wonder I'd been feeling so great!

(Yes. I do realize I am the common denominator here in case you were wondering, but I swear y'all, it is not me. It's not!)

And then today... they came back.

I have always been a person who absorbs the energy of others - good and bad. A psychic sponge if you will. Some call us sensitives, or empaths.  Toxic people have always thoroughly drained me. Hospitals really zap me. I don't do well in graveyards either. I have never even been to New York City, yet I know in my heart that there is no way that I could go to Ground Zero without becoming sick.  No way. There are some upside traits to this sensitivity too. It's kinda hard to lie to me and get away with it!

Anyway, I kid you not when I say that within an hour or two of The Hatefuls being home, I could feel my energy being sapped. I had been suffering with constant headaches the past two months, but then I realized, I couldn't remember when I last had a headache. I have one now. Even The Cajun had one tonight. Coincidence? Maybe.

I'm just wondering how long it will be before the leaf burning assault starts.  First event and I'm taking it to court this year.

Psychic pollution. Do you believe in it? Do you draw energy from other people, negative and positive? How do you shake off the bad stuff?

I know one thing for sure. I'm definitely planting a very large pot of sage this year.