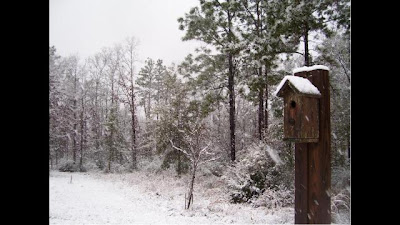 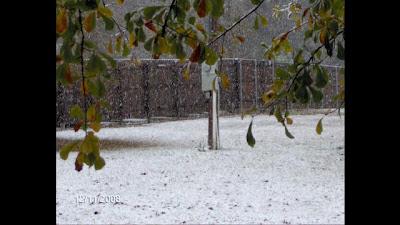 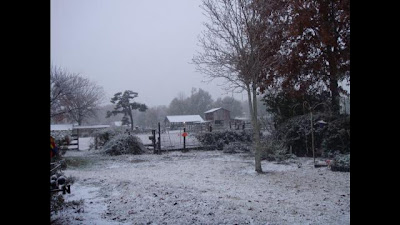 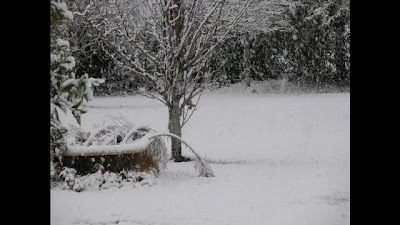 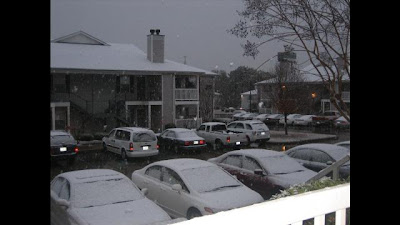 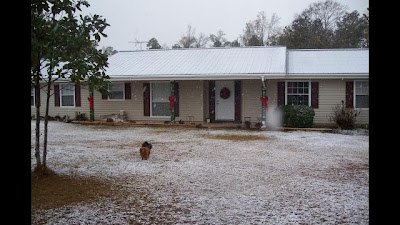 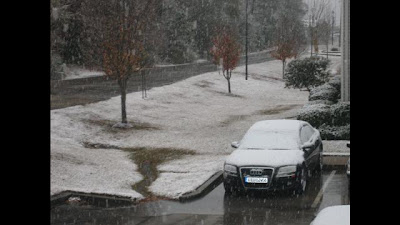 Well, along the beaches of south Mississippi... maybe not so much, so no pictures from out of my back door to share. Yet. But, yes, even for the coastline, still a very slight possibility!

There is much excitement in the air this morning down in Mississippi!!

Some areas north of the coastline have already seen some snow! The photos up there were posted at our local television channel's website and come from coastal counties, but in the areas that are slightly inland and away from the water.

Oh we do get snow down here right along the coastline too sometimes, but it is a very rare occasion that occurs only every so many years, usually quite far apart to the point I literally cannot remember the last time we had snow here where I live and I've been here now nearly 15 years.

Now, as you see, when I say snow, we're generally talking about minor flurries that only so slightly color the cars and sometimes barely the ground and less often sticks enough to create any real accumulation, but for us, well that is snow. I can actually remember a few occasions as a young child where we did have a couple inches of accumulation which for us was such a delight! Once, I sat on a couch on the back enclosed porch of a house we lived in, face pressed to the glass and watching in fascination through the window as snow fell and literally blanketed everything in white. I'm pretty sure that was my first "real" snowfall and it was sometime in the mid- to late-60s.

But even on those occasions since where we've only gotten a tiny bit of snow, to just see those soft, white flurries float down and color the ground with even so slight a sheeting of white is quite a sight to see down here. I'm sure there are many of you north of us who wonder what in the world the big deal is, but for us, snow is a very big deal!

I can remember another time when as a young woman in my mid-20s I had gone to the store to pick up some snacks for an impromptu "snow" party where we'd all gotten a free day off of work, and by the time I left the grocery store, a good bit of snow had fallen! The problem was, it had fallen thick enough that all the roads were covered, and with not much traffic out and about - because of winter weather warnings which I apparently did not heed well - you could not see any of the road markings or the ditches and it was quick to lose your bearings and be a bit disoriented as far as traveling the road, so the ride home was quite a fright for me. I was never so glad to be back in my apartment I tell ya!

Well, if it happens to snow at all here today, you know I'll try my best to capture it.

Tonight hubs is having some friends over to watch the game on NFL network on DIRECTV, so I'm gonna make up a pot of beef stew for the boys. Snow or not, it's pretty darned cold out there and a stew seems pretty appropriate. I'll be posting that later.

In the meantime, keep your fingers crossed for me to see some snow!

Email ThisBlogThis!Share to TwitterShare to FacebookShare to Pinterest
Labels: Weather