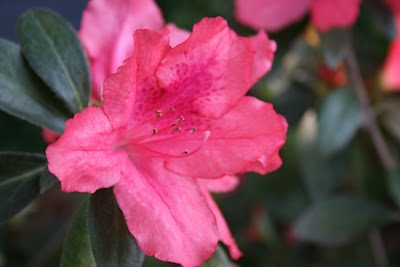 The past 3 days that it has been gloomy and raining, my neighbors must've thought I was crazy as they drove by our house and saw this very large blue sheet covering a large shrub in my front flower bed.

Not that it would be unusual to see such a sight in the winter on one of those very rare nights where the temperature drops below freezing down here. Blanket-covered shrubs are common on those nights, since 2 days later it's likely to be in the 70s again and tender plants need to be kept cozy. But, there was no freeze. It wasn't cold. In fact, it has been very warm! Well, the reason for that sheet was this... 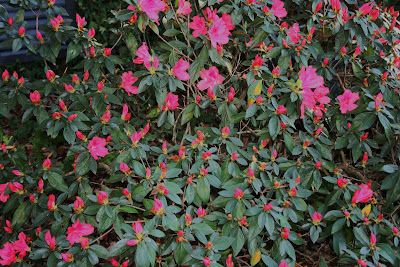 That, is my azalea bush. And azaleas are a funny lot. They bloom very early in the spring and are one of the first shrubs to bring out color. But, while the shrub itself remains evergreen all year round, the beautiful flowers it produces are very short lived and when you have a series of them in your landscaping, it is truly a beautiful sight! 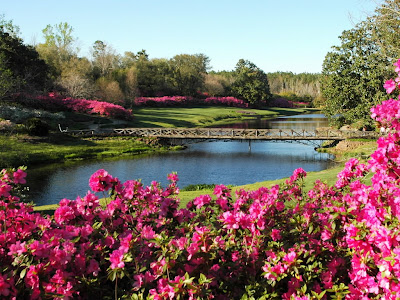 Photo Credit Bellingrath Gardens and Home
Now, sadly the one pictured above is my one remaining older azalea that survived the salt water intrusion from Hurricane Katrina when the Gulf of Mexico turned everything inland for a few miles into a temporary salt water pool. I've since planted a few more to replace all the ones that died, but they are all young, and well that one, well, that one is kinda special - it pulled through and didn't die on me!

Well last week it was simply beautiful here - but as the bad weather began to roll in here this past Friday, and we were told it would be several days of some fairly hard rain, my azalea was fully loaded with buds and just beginning to bloom out! And rain is especially hard on azalea blooms. It flattens the flowers, knocks most of them off, and can literally strip an entire shrub of every bloom in one good hard rainstorm!

So ... I covered it with a sheet for all three of those rain drenched days and nights. And when the rain was finished as of yesterday, I uncovered it to find these beautiful blooms. Had I not covered it, these would have been lost. 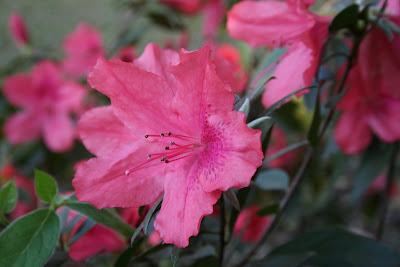 And I would have missed their temporary and short burst of beauty. 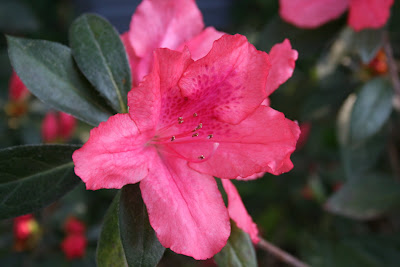 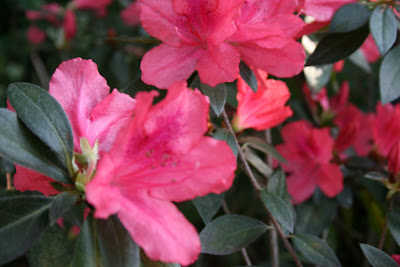 
Here are my two primary gardening books - I highly recommend both but especially the "new" square foot gardening book, if you want to try this method. 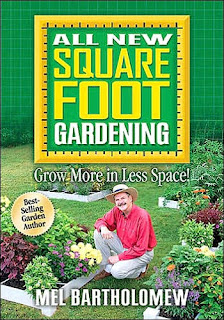 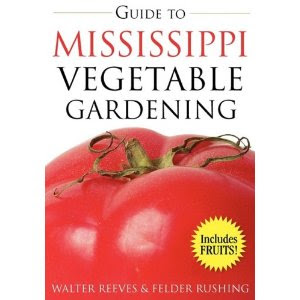 Guide to Mississippi Vegetable Gardening - available for your state too! It's a perfect guide to tell you what to plant and what works best in your region, and also when to plant. I love this guide!

This afternoon, Hubs and I made a run to Lowes to pick up my veggie garden box supplies. Oh and don't forget the tips I posted here. This year I had decided that I was going to try a raised bed garden and after a bit of internal debate, I finally settled on giving Mel Bartholomew's All New Square Foot Gardening

(SFG) method a try, even though the expert at the workshop I recently attended said this method wouldn't work well down here in our heat and humidity. What the heck - I've always been the rebel, and have never backed down from a challenge... what can I say??! (I may be regretful of this decision later of course)

If you're not familiar with the square foot method basically it is done in a raised bed that is divided into grids. Mel says, "without a grid, your garden is not a Square Foot Garden." A 4 x 4 SFG would have 16 squares. Depending on what you are growing, there may be one plant in a single square - like bell peppers and vine tomatoes, or one plant that takes up multiple squares as with summer squash, bush tomatoes or melons, or there could be multiple plants in a single square, as with carrots, beans and radishes. I initially wanted to do 4 beds that were 4 x 4 each, but I settled on starting with 2 instead and see how it goes first!

So today we picked up the lumber - four 8 foot, 2 x 8s, which we had very quickly cut in half to 4 feet long right there in Lowe's lumber department. Mel recommends a minimum of 2 x 6s, but I went ahead with the 8 and may just layer some sand in the bottom instead of filling all 8 inches with soil mixture. He claims that we only need 6 inches of soil in our boxes!

Now of course you can frugal this and use "found" wood if you can hunt some down from a construction site, but we dished the cash out for these pretty pine pieces. Don't forget - avoid the treated wood because if it does get damaged it will leech those chemicals into the soil and well, especially for veggies you sure don't want that! Stick with cedar, pine, fir, even redwood (if you can swing the cost), just not treated lumber.

For the slats on top that make up the grid outline, I picked up some cheap wood lath pieces (found over by the lattice work) to use as my grid markers. If you can find a thrift shop set of old mini blinds that fit into a large window, those would work too. Once the garden boxes are set, and the grids in place, we'll be doing an easy vertical frame, but that's later. We also picked up some deck screws we'll be using to secure the wood pieces together. 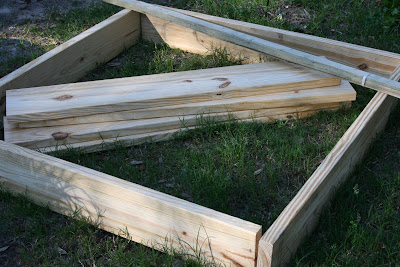 For the soil, I wanted to try to follow Mel's mix, which is 1/3 peat moss, 1/3 vermiculite and 1/3 blended compost from 5 separate sources. Essentially what he means is that he wants us to combine 5 different forms of compost, from your compost pile, from different types of manure, humus, mushroom compost, worm castings, soil mixes and boosters and such. Lowe's didn't have much variety on the compost, and no vermiculite, but I found this Jungle Growth brand of flower & veggie soil mix that contains forest compost, sphagnum peat moss, perlite, vermiculite, horticulture grade hardwood charcoal, lime and 1:1:1 fertilizer. And of course, we picked up some peat moss, humus, and some good old Black Kow cow manure! Now I did not calculate how much cubic feet this would come to because that would involve math and though I so love math (not) I just had no interest in tryin' to go figure all that out. So, I have no idea if what we bought will be enough (likely not), but we had the tonneau cover on the truck and well, this is just about all we could fit in there, so we'll be making another run here shortly I'm sure. 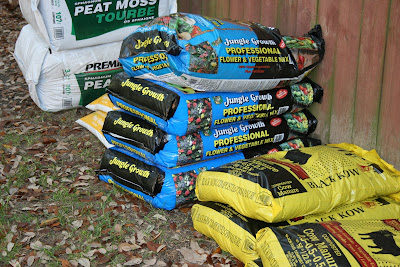 And of course, there's the seeds some of which I have already from prior seasons that I haven't even pulled out yet, and some new, fresh ones I picked up recently. Most are sown directly into the ground, but I'm sure there are a few I coulda got a head start on - ooops! 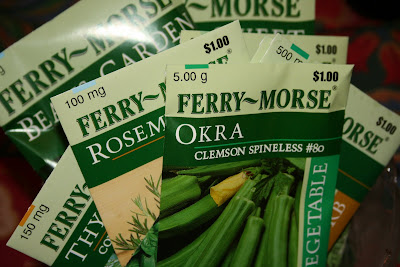 And of course a few veggie seedlings. And a couple of marigolds. 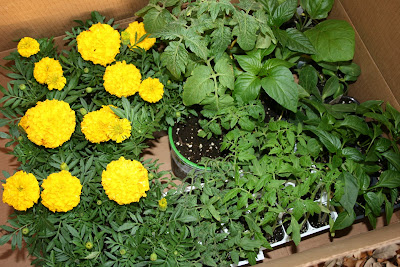 I'm always so ambitious at the beginning of spring! But Mel gives one example of a "salad garden" and claims all of this will fit into a single 4 x 4 box for one spring season: