How to Build a Raised Bed Vegetable Garden: Step 3 - Building a Grid 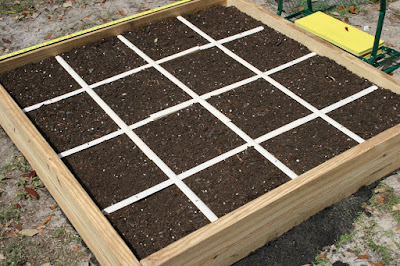 In case you've hit this link off of Google, or are just now poppin' by, here's a recap of the previous links:

Now that the beds are laid out and filled with dirt, it's time to lay out the grids for Square Foot Gardening.

Initially I had planned to use some wood slats to lay out my grid. Those would have been attached with screws to the top of the wood, and actually become a permanent, but removable part of the garden box. But because I used the 2" x 8" wood instead of the 2" x 6", the soil in my box fell just slightly under from reaching the top. 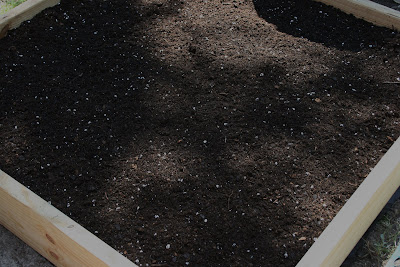 I decided to pull out some old window blinds that were stored in the corner of the closet gathering dust and use the slats from those to mark my grids instead. That way I could just lay them out inside the box and not have to worry with building up the soil to the top of the box. Mel's book on Square Foot Gardening

which is the model I'm following, swears that we only really need 6 inches of soil to grow anything and my soil in the 8 inch high boxes is just at about 7 inches. The book

shows how to build a grid using wood slats that is easily removable and can be folded and stored over the winter and reused next year. 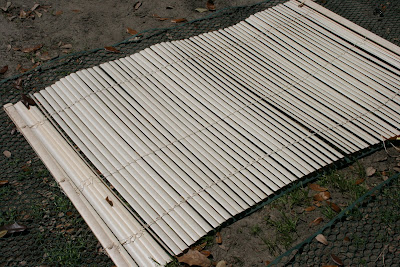 Now one thing that I did learn was that the method suggested in the book for making the boxes that involved staggering the way the corners are aligned, also cut into the internal size of the box slightly - meaning that basically I lost about an inch. Just shift the ruler slightly over and lay your grid a foot apart from each other. 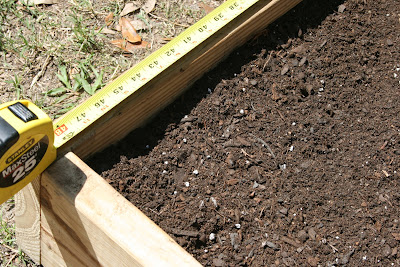 Since these blinds were smaller than 4 feet across and not quite long enough to reach across the box, I just laid one slat on top of another. 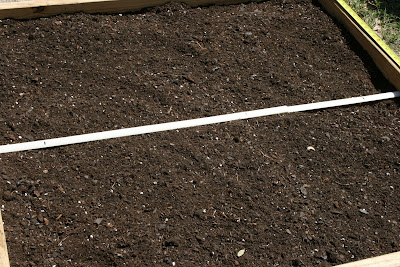 Since this time of year that we're prepping our gardens is generally pretty windy, I just used some long nails to help with securing the blinds down into the dirt, until I get some plants in there and they grow! 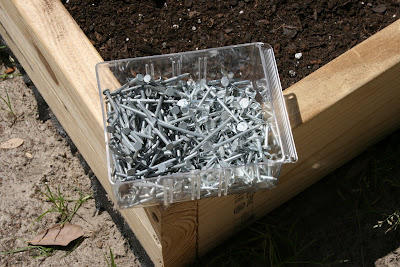 ... and I used the existing shade holes to secure the slats into the dirt a bit. 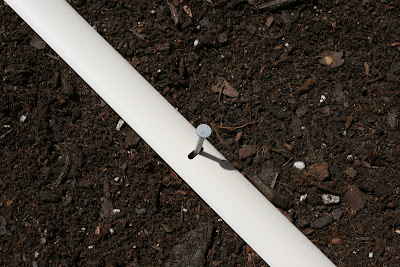 Add another set of slats at the 2 foot mark. 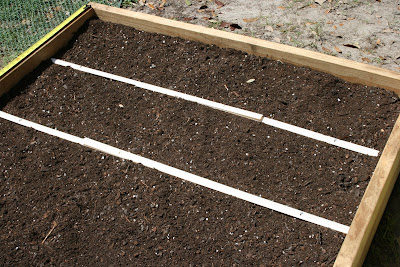 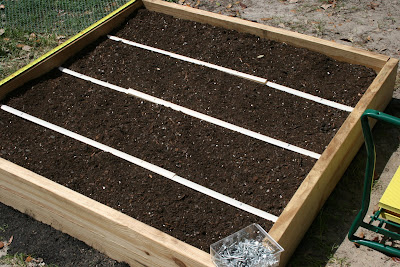 And continue until the full grid has been laid out.

Wala! You now have your first square foot garden laid out and ready to plant!! 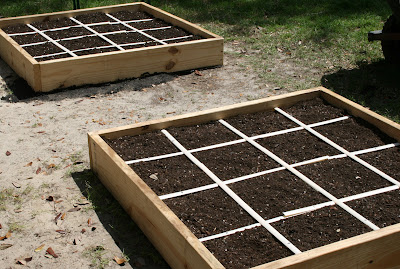 Next: Planning Your Plantings
at 9:02 AM