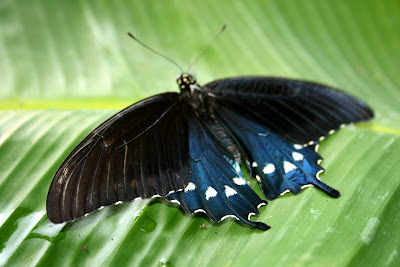 I barely slept a wink last night, but it was a good thing. I know that sounds crazy but those of you who read here regularly will completely understand. First though, I gotta back up a bit, so grab a cup of coffee and sit awhile. While I know that 90% of you might not have the time to read this entire post - I promise if you love animals, I think that you'll love this story.

You may recall my mentioning that I live right along the coastline of the Gulf of Mexico. I'm not right on the shoreline, but I am just a block north of it. If I had a rooftop widow's walk, I'd have an awesome waterfront view! Surrounding us are several bayous - yes like the bayous you hear about in Louisiana - and all of the tributaries, marshes and wetlands that go along with them. There is lot of life in these bayous - frogs and turtles, brown pelicans and cranes, herons and yes, even alligators and snakes, to name a few. And bugs. Lots and lots and lots of bugs, including those aggravating mosquitoes. 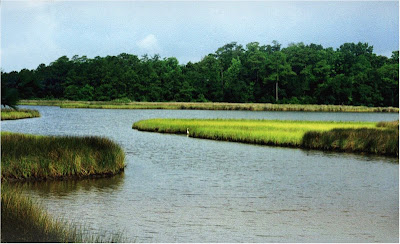 My Neighborhood Bayou
Last night The Cajun and I were watching a movie - or catching up on Housewives - can't remember which one.  I kept hearing this strange noise, so I muted the tv and thought aloud, "what is that?"  "It's just the mosquito truck," The Cajun replied.  "Oh," I say not giving it much more thought, since the mosquitoes have been about to eat me alive here lately - and it doesn't seem to matter much what time of the day either. Then I started hearing these thumps against the window right by my chair.

I guess I have to back up yet again ... See, I leave the back porch light on at night until I go to bed because I have tons of frogs and lizards in my yard, and the light attracts bugs.  Several of the frogs and lizards arrive at the back door every night to feast on the bugs. This has been going on for years, so I'm used to hearing some thumps - just not this loud. I went to investigate and found two gorgeous butterflies - exactly like the one pictured above - in distress, struggling to fly, slamming into the floodlamps and fallling to the ground. It was the oddest thing ... until I remembered - the mosquito truck. Oh no!  Were they dying from the spray?

I set out to capture them, which was entirely too easy, then grabbed a couple of nursery pots I had outside and brought the butterflies inside to the fresh air, where I trapped them underneath the pots to hold them overnight.  I didn't know if it would make a difference or not, but they were in such distress that I had to do something.

Well, all told in the next hour or so, I managed to capture and bring in 7 distressed butterflies!!  I had nursery pots, colanders, and salad spinner baskets in use all over my kitchen table and counters to temporarily house all of these beautiful creatures. Then I thought about the garden dragonflies - especially this sweetie and another younger one, both of whom had been following me around the garden lately. I hadn't seen any distressed dragonflies on the porch. Were they already dead?

Y'all, honest to God truth - no sooner had I turned off the light and got ready to go to bed, than I began to hear thumping again. I turned the light back on, went outside and just like the butterflies found both of them also in distress!!  I corralled them and brought them inside to the fresh air.

I barely slept - alternating between pleading to God for their recovery and getting up to peek and poke at them to see if they were still alive. I've never wanted daylight to break so much in my entire life! I finally dozed off to sleep sometime after 4:30 a.m., but woke up about 6:30, anxious to see if my little ones were alive and well.  I carried the first pot outside and lifted it. The butterfly was lying on it's side, lifeless.  It was one of the last ones I'd captured and one of the smallest. I was disappointed.  I held it on the plate, poking at it, when it suddenly launched and flew away!

One by one I brought all of the butterflies outside, let them crawl onto my finger and then once they woke up and warmed up a bit, 5 of them immediately took flight into the morning sky. The dragonflies too!  They sat on my finger for a very brief moment and then, suddenly flew away.  I cannot tell you what joy that brought to me.

Only two of the butterflies were struggling - but one of them, much smaller, quite a bit.  I finally that one into a shady area of one of my flower beds, hoping that it would eventually recover and fly away.  The other one, pictured above - much larger and stronger - I placed on a leaf of one of the shaded banana trees thinking it too would eventually fly off. After about an hour or more, when it didn't move and the sun began to hit the banana tree, I made a spot for it on top of my patio table under the shade of an umbrella and went to retrieve it.  I let it crawl onto my finger and just as I went to carry it to the table, it too flew away!!  I went to check on the last one and it was gone. All 7 of them seemed to be fully recovered.

Now, I don't know if God was listening and answered.  I don't know if these garden buddies would have died had I left them alone outside, or if they would have eventually recovered anyway.  I don't know if bringing them inside made a bit of difference. I don't even know if they are still out there and okay, though I've seen a few of what I believe to be them, flitting around in the garden this morning. All I do know, is that these garden critters bring me such joy and even though I barely slept a wink, and frankly, I'm exhausted, I am about as happy as a gal could possibly be!

Do you have any garden buddies that bring you joy?