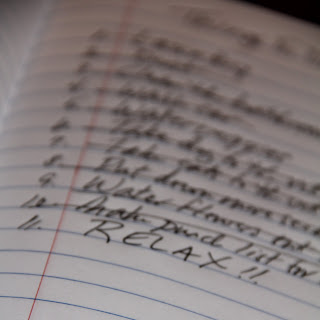 Well now, what's up on the homefront here? Clearly I have been very lazy busy, because I haven't been around much, have I?

I heard there have been problems across the blogosphere with commenting on other blogs, or maybe it's commenting on Blogger blogs, or bloggers who blog on Blogger commenting {huh?} but all I know is I apparently fell out of that loop because I've not had those problems, well so far, with the blogs I have visited. I use Chrome, if that makes any difference & somehow I do feel like it sounds like it's a browser issue.

I think I mentioned this last time, but I took all three cats to the vet for their check-ups & shot updates, and had Smoky, the newest member of the feline family neutered. It really calmed him down substantially, thank goodness because he had some behavior issues that were troublesome not to mention aggravating. Boo, my dog, got his neutering surgery done too, but somebody forgot to tell him, because he hasn't changed a bit.

My garden. Well, we had a nice period in early spring that enabled me to get some vegetable plants established before the early summer furnace was turned on. Now I'm dealing with drought since we've had almost no rain in at least 2 months now, and also such a severe sun already that it killed a few of my younger cucumber plants. I have been going out a couple of times during the hottest period of the day to spray the plants to help keep their leaves hydrated and keep them from suffering with blossom drop. There's been some, but so far not like last year.

I decided that was crazy and set up - or at least started and will finish this weekend - a sort of misting system on an automatic timer to come on during those hottest times of the day and just sort of spritz the plants for 10 or 15 minutes, 2 or 3 times between noon and 2:00 p.m.  I know that overhead watering is not the best way to do things, but this isn't for watering, but more to keep the plants cooler during that high noon period. This extreme heat from last year caused major blossom drop and really hampered production on everything. Even with the misting, it seems like the squash is getting too much water because the fruit just gets squishy and falls off. Probably one of the most prolific producing veggies there is, I can't manage to get one to grow for me!

The things we do for a garden - and I tell you what. To do it on such a small scale as this backyard garden - I really don't know if it is worth it! You really have to fight for every inch.

I have learned a couple of things in this process of doing my veggie gardens the last couple of years, the first being, that living in the coastal south, I should have doubled the boards on my raised beds. I planted some cucumbers in containers and they are doing miles better than the ones that are left in the garden, so I'm planning to add on to the beds before the beginning of the next season.

I also learned that whether I get a small greenhouse or not, I'm going to have to figure out some way to get my seeds started in the winter so that I can get healthy seedlings in the ground around February/March and harvest about now. It is just too hard fighting the heat in such a small garden.

T-ball and soccer are over and with this oppressive heat, I'm kinda glad. The last game on Saturday liked to have done me in, and frankly my grandson wasn't all that into either game quite yet anyway. Hard to hold a 3 year olds attention long enough, but it was fun going out to watch his games and getting to see the kids and my son and daughter-in-law. It was not fun having to compete for time with the grandbabies over my ex-husband and his wife. In situations where we are all in the same place, they seem a bit oblivious that there is another set of grands around and they use candy to bribe and monopolize the kids. Annoying.

My granddaughter uses two words predominately these days - no and mine. Actually she has a much larger vocabulary then her brother did at her age - she'll be 2 in a few months and he'll be 4 - but those two seem to be her favorite words. She's adorable, though a bit moody here lately too, and very clingy with her father who I told to cherish these moments because in about oh, 10-12 years, she'll hate him. Until she needs money or to go someplace.

My husband went shrimping twice with his dad, though the season opened earlier than usual due to the fresh water flooding from the Mississippi River washing into the Gulf of Mexico, and so, of course, the catch was smaller. They still need time to grow. Just as well really, as my freezer is full, stuffed with I don't know what, and really needs a good going through anyway.

We went out on the shrimp boat for the Blessing of the Fleet this past Sunday. Thankfully it was not too hot, and a bit cloudy, which was a good thing because I forgot my sunscreen. It looked like we were gonna get into a storm, which trust me, you do not want to be out on the Gulf, in an old wooden shrimp boat, in a thunderstorm, but it never did rain on us more than a few sprinkles, so we got blessed and made it back to the harbor in one piece.

I've been hit with what I call mini-migraines because they are heat-induced headaches and near about impossible to get rid of. My sister in law has been suffering with debilitating migraines for awhile here - the kind that really put you down and keep you from being able to work or function. The doctors can't seem to figure out why, because all they do is just pump her full of different drugs which apparently don't work. For me, it's been keeping hydrated, drinking Gatoraide, using a little aromatherapy and good ole Excedrin. I remember my mama suffering with headaches - that's actually where the Excedrin comes in for me - so I sure hope it's not a hereditary thing & something that I'll get to look forward to from here on out.

Course I'm still plugging away on the food blog, developing and writing recipes - some I've been pleased with, a few I've remade, most I've very far behind with typing up. I do enjoy the developing and cooking process the most, so much more than I enjoy the behind the scenes editing and coding parts of it all. And when you do it all, it is pretty darned time consuming. So much easier to just steal somebody else's tried & true recipe, change one or two insignificant ingredients, cook it and post it as my own without crediting them, than to do all this. Don't worry. I'm not going there, promise. Just wanted to see if I could raise your eyebrow for a second.

I guess that's it! A bunch of boring banter about stuff nobody but me cares about and frankly, I'm not even  sure that I do. Thanks for stopping by to visit & hope your life has been at least a tiny bit more exciting than this.