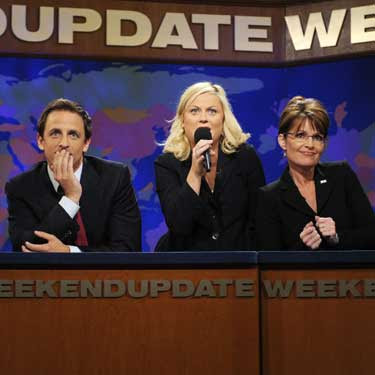 "May the God of hope fill you with all joy and peace as you trust in Him, so that you may overflow with hope by the power of the Holy Spirit."

First, I have to say that Sarah Palin was pretty funny last night on SNL and I was glad to see that the audience applauded her and treated her kindly and with respect and that nothing really happened that would give fodder to the haters and the pundits. It's going to be a long hard road for the McCain/Palin ticket this year with all the Obama infatuation and idolizing that is going on, but I have no doubt that Gov. Palin has a great future regardless of what happens in the Presidential election. As I have said many times over with this election, God is in control and whoever it is that ends up in that office will be there by His choice and to serve His purposes, whether it is my candidate or not. I have and will continue to pray about it, but in the end, God is in control of the situation. As far as SNL, I haven't been a fan of that show for a long time, because with the exception of this recent resurrection from the '08 election, for a long time now SNL has been much more silly to me than it has been funny - still, I have to say that I thought Palin did a great job both in starting off and ending the show.

I spent the day today dusting off and re-organizing my cookbooks. I should have been studying, but it is amazing the things that I can find to do to avoid that task!

Anyway, I have cathedral ceilings in my family room that extend into my tiny kitchen - I think they call it a galley style kitchen, you know the type... where two people can't really turn around in it at the same time... and so that leaves a nice space above the kitchen cabinets on both sides of the kitchen where I keep all of my cookbooks. I have added a few cookbooks to my collection over the last couple of years and needed to move some of them around for a bit more accessibility to my favorites. Truth is, I probably could let go of more than a few of them, but books - books of any kind really - are very precious to me. My office is overrun with four bookshelves that are overflowing, and yet I still have some difficulty with letting go of any! But, back to the kitchen.

Of course that area where the cookbooks are is pretty dusty - so while I had the taller ladder out and was up there anyway, I dusted and cleaned it up a bit too. Thankfully I remembered to take my allergy medicine this time though, so hopefully I won't be suffering later. I have about 154 cookbooks, not counting the small booklets, magazines and appliance manuals, and some of those cookbooks date back into the 50s - some actually could even been older than that, but the covers and often front pages are missing on several of them.

I was glad that I took on this chore today afterall though because I happened to flip open an old Tupperware cookbook that used to belong to my Mom and saw a page in the back where in my mother's handwriting was written a recipe that I had tried to replicate and had never quite gotten right. This recipe is for cookies that she used to make every Christmas - a light, buttery cookie loaded with pecans that we in the South call "Finger Cookies" because of the way they are shaped, sort of like a finger. I thought I had seen a recipe for them written somewhere but never quite remembered where, so I am very pleased to have finally found her authentic recipe to have on hand for this Christmas. My mother died 11 years ago this coming Christmas and seeing this recipe written out in Mama's beautiful cursive handwriting really comforted my heart, made me smile and made the effort of all that cleaning worth every minute I spent at it today. 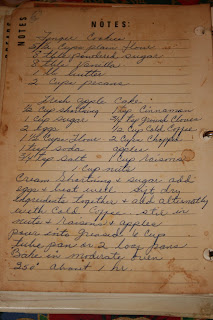 My sweet hubby Richard has just taken off after a disappointing Saints loss to the Panthers to spend a few hours watching the Nascar race with a friend of his who is going through a difficult time right now with his marriage. I separated him from a dozen of the chocolate chip cookies I made for him the other day and asked him to drop them off at my son and daughter in law's house on the way. I was there briefly on Friday to visit and see my grandson but my husband was off at a meeting and not able to be there.

I had brought them some freshly made yeast rolls that day, which I have since made another batch of. After being on a long mission searching the internet for the perfect yeast roll - a roll that would serve as equally well as a dinner roll as it would as a small sandwich roll - one that has a bit of a crusty exterior, but with a fluffy soft inside ... much like french bread, or more appropriately I suppose what would be called a french roll. I finally found two of them, and both were right in my own cookbooks! Both are good, but one turned out just perfect - well, perfect for my needs - as I do find that other's recipes that I have tried which they deemed to be "perfect" rolls weren't quite my kind of perfect! Anyway, I can't do much for the kids these days as far as financially since I've been out of work for so long now, but I can and do bring them home baked goodies occasionally. Last week I brought frosted banana bars, and the time before that, chocolate peanut butter bars. All of these are my favorites and I'll get around to posting the recipes here soon.

So now, I am going to sit and catch up on some TiVo instead of studying. There are quite a few movies saved on there and begging to be watched to make room for new stuff! I am just about finished watching Transformers, which is an interesting movie that I'll bet the kids loved. Transformers were very big when my son was a little boy - I recall that he had a few of the toys. Not sure what is next, but I'll be flipping through some of my cookbooks in the midst of it looking for something to drum up for dinner here shortly. For once I haven't a clue what it will be.
at 3:20 PM