Random Thoughts on a Friday 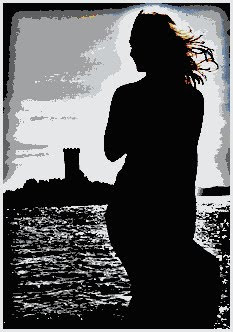 When I don't feel well (like yesterday), I am a grouch. I sometimes can't even stand myself.

Being over age 50 apparently does not exempt one from having a pimple breakout.

Our 8 year old television died so we had to get a new one.  While getting a new television is pretty cool (except for the part about having to pay for it that is), having to install it and hook everything up again is not at all fun. Especially when you have a husband who is technology challenged. Something typically goes wrong, and I get all stressed about it.  And this time was no different.

Rushing to get that television installed and working correctly before the NFL opening night game, does not mean that your husband will not immediately fall asleep before halftime.

Having a puppy and a kitten at the same time seems a little bit like having 2 toddlers. There's the sleeping and the eating schedule and the housebreaking and the litter training. And, you have to be on constant guard with them both all the time.  I literally do not have a moments peace anymore because I spend half my day correcting and/or fussing at one or the other. My primary vocabulary lately seems to mostly consist of 'No' 'Stop' 'Don't' 'Quit that' 'Come here' 'Behave' 'Where are you/What are you Doing?' and 'Do you need to go to the Bathroom." And that's just my husband! Just kidding honey.

Just a moment ago, I heard a loud crash in the office and found the kitten in there innocently looking like he had no idea what that was. I'm sure I don't even want to know.

Yesterday, I found that the kitten had strewn my newly laundered and nicely folded clothes all across the bedroom and hallway floor, and he and the puppy were playing tug of war with them.

Also yesterday, I took my eye off the puppy for just a minute, and in just that short of a time, he chewed up and destroyed the cord for recharging my Kindle.

There are constantly puppy and kitty toys strewn about underfoot all over my house all day long and at night before I go to bed, I go all around the house picking everything up only to do it all over again every single day.

If you think you are going to get to sleep in a bit because you were up late, the UPS guy will show up with your new Kindle cord promptly at 9 a.m., and ring the doorbell.

Since it's been a long time since I've had a puppy, I'd forgotten that they also have "baby" teeth.  When Boo's teeth started falling out, I freaked out.

Even though I have a food blog, sometimes I just don't feel like cooking.

I have all of the new fall television premiere dates for my favorite shows calendared.

Eight years ago, I was packing and getting ready to attend a paralegal conference in New York state. That night before, I had a horrible nightmare where I dreamed that the plane I was in, blew up in mid-air.  Needless to say it was unsettling, considering that I was about to fly to New York!  I overslept and didn't even turn the television on that morning, which was unusual because I usually turned on the news every morning while I got ready for work.  When I walked into my office, I saw on the television by the front door, what was transpiring in New York city that morning after the first plane hit. It was 9/11/01.  A cold chill ran down my spine. I was in shock for days. I cried for weeks. My heart still hurts for the families of those lost and every year I relive it along with them and the rest of us Americans. I will forever feel that pain.

My heart and prayers go out to all who were affected by the terrorist attacks on 9/11/01. 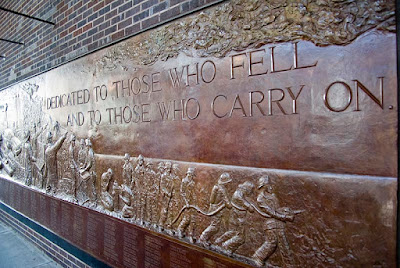