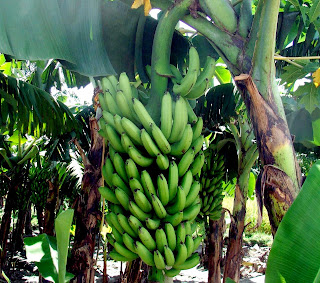 Haven't posted much on the gardening front here lately so thought I'd catch y'all up on the veggie garden.

Click here for veggie gardening links, or click right ➳here to go straight to the labels to see all of my day by day veggie garden trials & tribulations.

Rather look at some flowers instead? Click here to see my earlier Spring photos from my adventures on the floral side.

Although replanted several times, the tomato in a bag and the Topsy Turvy gave me zero tomatoes. I think I'll stick with my containers and raised beds. I did end up with a pretty good harvest of tomatoes from the raised beds though - not outstanding, but enough to put some up in the freezer, yay!  I even put up some Creole tomato sauce.  And of course plenty of them went into salads and sandwiches and such too, so I feel very blessed.

I had a good bit of squash, and not nearly as many cucumbers as I should have, but they and the melons all fizzled unfortunately thanks to an infestation of what I think was/is whiteflies, beetles and some kind of moths that seem to be everywhere.  I just cannot seem to get rid of all these buggers.

After fighting an infestation of aphids and having lots of blossom drop, leaf drop, and stunted plants, the pepper plants began to recover and I started to get a few peppers. Finally. They're all a bit stunted, but I'm getting a few! 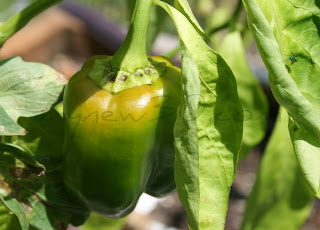 The eggplants finally starting coming too. 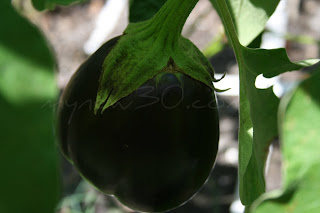 And, surprisingly, I actually have new tomato blossoms, though I don't know if they will have time to do much before it gets too cool. I'm hoping I'll at least get some green tomatoes out of them! 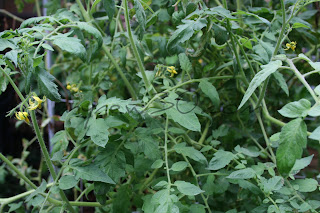 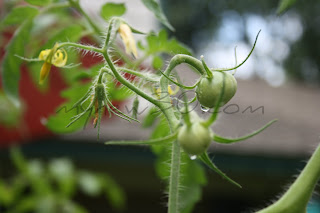 And ... I was super excited when I started seeing these pop up! Aren't they pretty? They are okra blossoms. 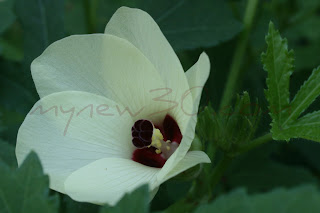 Because, while the okra I planted was a late season fluke I never expected to see come up, they did come up and are beginning to produce okra. Nevermind that it is only one okra at a time LOL!  I've never planted okra before, but apparently you have to plant a LOT of okra to have any kind of "harvest" of okra all at once. It's been kinda cool watching 'em grow though! 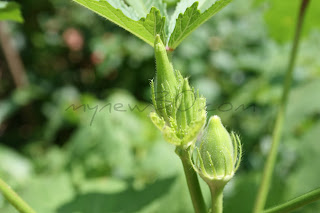 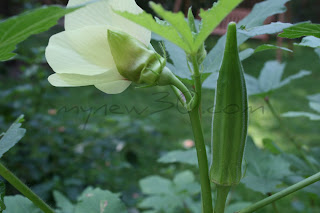 And ... because we had that late summer cold spell - long gone now - I really wasn't surprised to see the banana trees starting to do this, because they don't like the cold much. At least that's why I think they were beginning to turn brown. 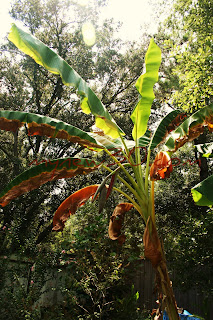 But then wait. What is that? 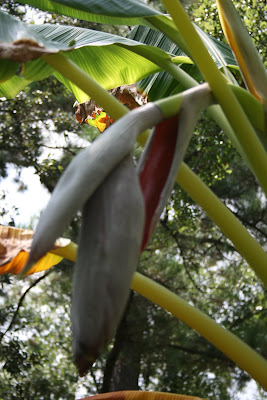 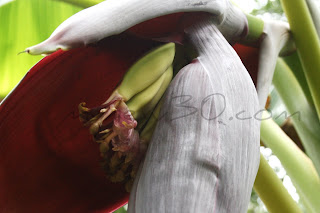 We have bananas! One of the babies I took from the original mama plant is producing bananas! This is a cool banana tree - it's called "Ice Cream" because the variety has a sort of ice cream flavor to them. Yes, they are edible! 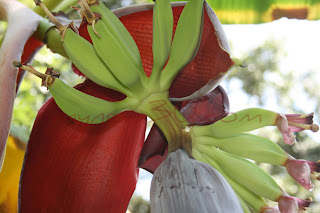 But then in the middle of a rainstorm the other day ... this happened. 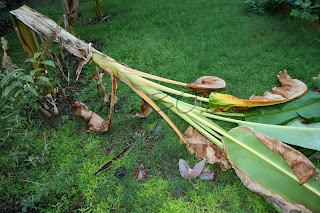 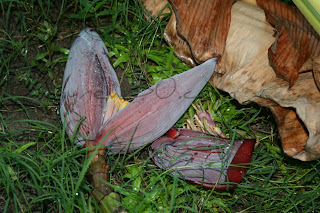 I'm not sure what caused it to fall - maybe a combination of the cold a few weeks ago together with all the rain here lately - but we won't be seeing any bananas from this tree. Truth is, they came up very late in the season, so they wouldn't have had time to mature anyway. It takes bananas FOREVER to mature.  So I cut the stalk where it bent and drug it out to street.

Did you know that when you cut a banana tree stalk, it smells like bananas?

At least at the very base on that felled banana tree I found these!! 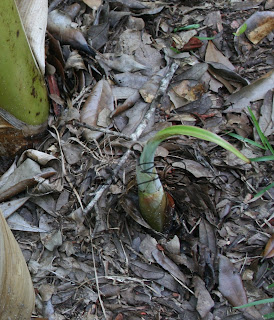 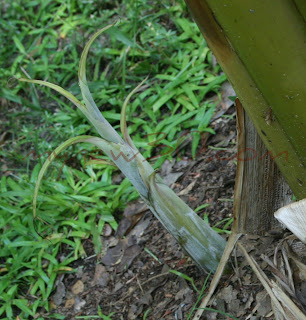