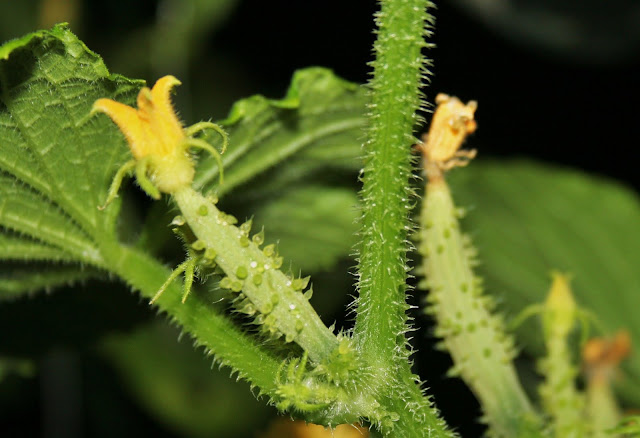 Hope that everybody is having a great 4th of July weekend and remembering that besides a mid-summer celebration of backyard barbecues, patriotic concerts, and firework shows, it really is all about the commemoration of the passage of our Declaration of Independence, which proclaimed the independence of the United States from Great Britain and its king. The document, primarily written by Thomas Jefferson, served as a formal announcement that the 13 American colonies were no longer part of the British Empire and would from that day forward be free and independent states. Independence Day, or as it's better known these days - the 4th of July - is, in effect, the birthday of our country.

It's likely that all three those of you who happen to read my blog regularly have probably not even noticed my lack of posting, but it seems the posts over here have gotten further and further apart the past few months. I don't know... blame it on the heat, but seems there hasn't been a lot to talk about lately - at least of any general interest. Or maybe it's just been my own inability to 1) post boring banter about my days or 2) be able to express myself in writing in general.  It's hard for me to just write about well, nothing, so when I'm in that kind of mood, I tend to just write nothing!

I'm still cooking of course, and have been in the midst of many projects - being a judge for the Rotel Across America recipe contest, several product reviews, one of which is a pretty nice giveaway closing Monday (7/5 at noon CST), just in case you happened to miss that, and ... another project that will launch soon that I can't quite talk about just yet.  And, of course, always tooling about in the garden, trying to keep up with watering, weeding, fertilizing, trying to save my plants from bugs and the heat, and chasing off squirrels.

Summer came super early this year down south, and the weather has been rough on my little garden. Everything seems to be coming along at a snail's pace, because, at least in my mind, this extreme heat has hampered growth.  Long periods of no rain and extremely high temperatures and heat advisories, followed by periods of drenching downpours with no sun that goes on for days, does not make for a happy garden. Mother Nature - probably a little ticked off at mankind for that mess out in the Gulf - has been out of balance lately, and my little tiny patch of veggie garden has certainly suffered.

I am grateful that I've gotten about 8 pounds of green beans from my garden - that averaged out to be a pound per square so far - but I am beginning now to pull up the older first plantings because they are pretty much diseased and unhealthy from all of the rain. Some of the beans we've eaten - steamed, grilled, and southern style, but I've also put plenty away in the freezer.

All of the herbs are doing pretty well and have provided a steady supply of basil for pesto and oregano, thyme, rosemary, dill and parsley for seasoning, though they are all looking a bit heat stressed too.

I've also gotten about 2 dozen tomatoes so far - Romas, a few off of the Patio variety, and some Creoles - though I've also been steady fighting off the brown stink bugs on everything. If you're not familiar with stink bugs, they'll do a number on your tomatoes and totally destroy the fruit - though they don't discriminate either. They'll attack just about everything and they are just about next to impossible to get rid of. When I caught them on this and one other tomato, there had to be about a dozen of those buggers on each tomato! 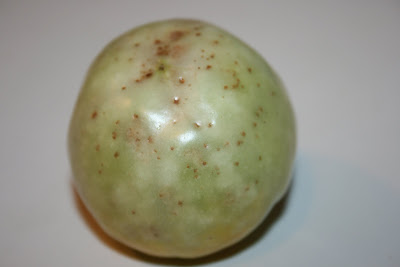 The container Roma has not been happy with the weather either and looks rather poorly - sad because it was doing really well before all the drenching rains, heat wave and then drenching rains. The patio just seems to have stopped growing altogether and doesn't look that well either, and the other Creoles and Better Boys, while they are healthier looking, have had quite a bit of blossom drop from the temperatures. Course, I'm sure the squirrels digging right at the roots haven't helped much either.

The Meyer lemon tree that was loaded with blossoms back in mid-February, dropped every single bloom once I transferred it from the house to the garden and hasn't produced a single solitary lemon. It did, however, collect what seemed like a bazillion snails of some kind, that I continued to hand pick and then finally put down some bait which got rid of them.

My single container eggplant, poor thing, well, it keeps trying to grow and bloom. Trouble is, I have a pesky young squirrel who rips the leaves and blooms off for no apparent reason. First time I went outside and saw about a dozen otherwise perfectly healthy leaves laying on the ground and was puzzled... "what the heck...??!!"

The stems were chewed off right at the main stem or just simply stripped off the main stem. Then I saw a young squirrel scatter from the area one time when I went outside and discovered another pile of healthy leaves on the ground and put two and two together.  It's happened now at least 4 times, so that the plant is tall and scraggly with all of the leaves at the top, and except for a few new blossoms about to open, no blossoms or fruit. I think the squirrel may have been after the blooms - maybe they are tasty to them, not sure.  At any rate, it keeps sprouting new leaves and trying to set blooms despite the squirrel abuse but don't know if that will result in any eggplant this late in the game.

In the melon department, I have one small, mis-shaped Jubilee watermelon on the vine and one small Moon and Stars watermelon on that vine - neither of which seems to be growing anymore, although they are both small and undersized.  No cantaloupes have shown up so far, though the vine is healthy.

I have picked exactly one cucumber from one of the two vines, but the bees have been busy working on blossoms on both plants the past few days so maybe we'll see some progress with those soon.

One of the surviving mystery compost volunteers ended up being what appears to be a butternut squash. Exactly one on the vine though and that's it - we'll see what happens with that! 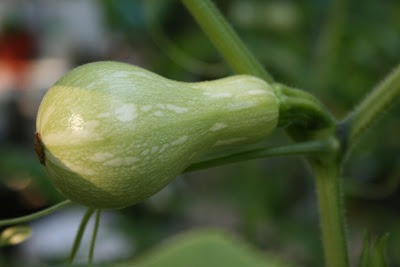 I have a variety of pepper plants down which for a long time were stunted and just not growing at all.  They finally did start showing some growth and now have some baby buds on them so hopefully we'll be seeing peppers soon! Those produced last year well into winter.

The potted lavender that was doing beautifully before the rains from Hurricane Alex, did not like the overly soggy feet, and is looking sickly.  I eventually did move the pots underneath the patio table when it seemed the rains were never gonna stop, so I'm hoping it will dry up and recover.

I think that's about it on the veggie garden front. Kinda poorly and disappointing isn't it? Such as it is with a tiny vegetable garden in the horrid early heat of the south - not enough quantity to make up for the lack of quality - so there's no telling what will become of my little veggie patch.

Well let's be optimistic and maybe the next report will be an overabundance of healthy tomatoes, cucumbers and peppers? 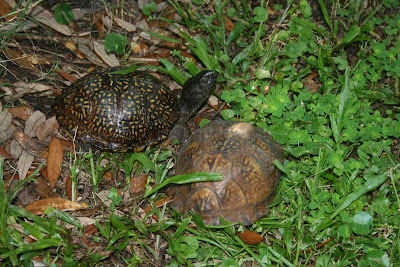 Yep, besides the mama and baby turtle (in the picture below), we now have another adult box turtle that has shown up. It's roughly the same size as my turtle girl (the one on the right) that's been living in the yard a few years now, but the new one (on the left) is a bit skiddish of me yet, so I haven't been able to get close enough to try to determine whether it's a boy or girl.

Maybe we'll see some more of these? 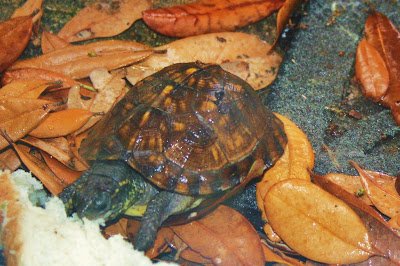 Will keep ya posted on that!