On this Thanksgiving week, I am thankful to God for His provision.

It is a scary thing to lose a job. It is especially hard to take when it occurs at no fault of your own. I mean, if you fail at your job or you don't perform in some way as was expected of you, it seems easier to accept. But when there are mass layoffs and cutbacks, and you get the hatchet for no reason except that you were a number on a piece of paper, or in my case, a hurricane comes through and overnight wipes out thousands of businesses and jobs, it is a difficult thing. You are shocked. You feel lost. Fearful. Full of uncertainty about the future.

In 2005 I was 48 years old. I had been working for 33 years at that time, 21 of those in the legal field. And in a matter of 24 hours, my entire working life changed when overnight, Hurricane Katrina stripped away the job that I had held for the last 12 years. 12 years! That's a big chunk out of my career. I had worked hard. Very hard. I had given so much of myself to that job, working my way up through the ranks, gotten several promotions, and was finally making a substantial income for the first time in my life. I had a lot of prestige and status and respect in that position and then suddenly in a matter of hours, it was taken away. I had no idea how we were gonna make it with that loss of income.

But, what I did not realize at that time, was there are no surprises with God. He knew this would happen. He had a plan that would arise out of it all, and I would have to learn what it meant to trust in Him. I learned quickly what it meant to put my faith in God when there were no clear answers evident to me, and in turn, I also learned that He indeed will sustain us, just as He has promised He will in His Word.

During this time, He has also done some work in me as He tends to do, teaching me what it is to be still and quiet, to be reflective, to be settled and without stress. He showed me in many ways, I had become prideful and put my worth in my performance. I had in fact, made that job a god, but that's another story for another day.

As I began to turn my fears over to Him in faith, as I began to express gratitude for what He had done in my life before, as I learned to lean on Him and to trust Him in the midst of the uncertainty, I saw His plan fall into place.

Things that He had orchestrated for months before Katrina, things that would eventually cover us financially, things I could never have known or seen or expected or planned for, fell right into place. And even though the job market was soft after the hurricane, followed by this financial crisis our country now faces, He has continued to sustain us through it all and we have not wanted for anything. Even when we are not perfect, God still loves us. Isn't that amazing?

We may not know what tomorrow brings, but for God there are no surprises. He knows. And when we learn to let go of the fear, to release our worries and anxiety to Him, to say Father God, I don't know how this will end but you do, He will provide, and for this I am eternally thankful. 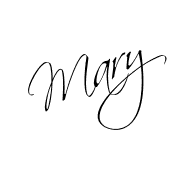